ARAYARA.ORG statement on the terrorist acts of 08/01/23 in Brasilia – Brazil 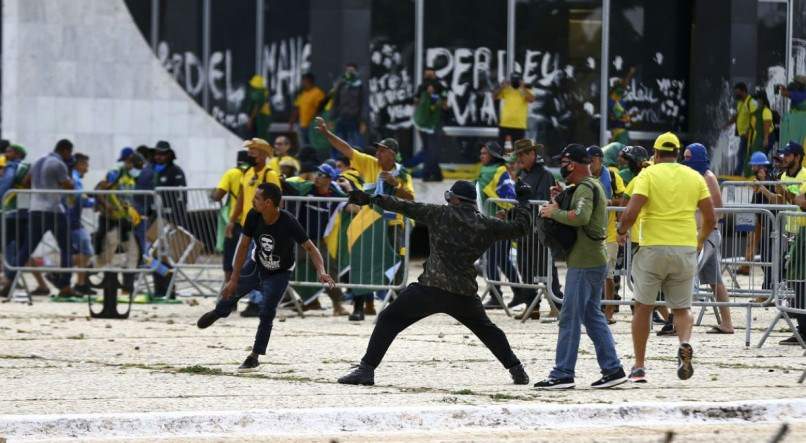 ARAYARA.ORG stands with great indignation and revolt about the criminal and serious fact that occurred in Brasilia on Sunday (08/01). Accountability and punishment to all involved now!

The antidemocratic acts in Brazil escalated after the elections. Thus, the extremist coup culminated in one of the worst days in the recent history of the country. The invasion and attacks on the three powers buildings must be thoroughly investigated, and all terrorists must be punished to the full extent of the law, including their leaders and sponsors.

It is unacceptable that there was such omission from the Federal District government, from the police force, and from its command to protect public property and the historical heritage of Brazil. The easiness with which they allowed the buildings of the most important institutions of the Republic to be invaded, depredated and looted is alarming.

During the entire mandate of the former president of the Republic, Jair Bolsonaro, democracy was threatened in every way, with manipulations, production of fake news, and intensification of hate speech, especially against minority groups. Yet, nothing was done to stop so many attacks, on the contrary: the authorities considered these violences as a right to demonstrate.

This resulted in what everyone had to witness this Sunday: a real crime against the public patrimony, destruction of works of art, grotesque images of criminals defecating in the palace environments. And all this happening with the fallacious speech translated from a Nazi motto “God, fatherland and family”, being used to print a message of hate against a democratic right of the nation, which is the vote.

The entire Brazilian society needs to rise up against these attacks. We cannot remain inert before such violence and attempts to destroy the institutions that represent all Brazilians. We must demand, denounce, and monitor so that all those involved are punished and the country returns to order with respect for democratic rights. This Monday, 09/01/23, acts of support for democracy, maintenance of institutions and justice in the face of such crimes are being scheduled at 6pm throughout Brazil.

ARAYARA.ORG is a representative of the Brazilian civil society and totally repudiates the terrorism that occurred. The denialism, intolerance, violence and attempted coup d’état cannot be admitted and must be dealt with appropriately, with due legal punishment, as we are already doing, with flagrant arrests, dismantling of coup camps and extensive investigations. Democracy always!