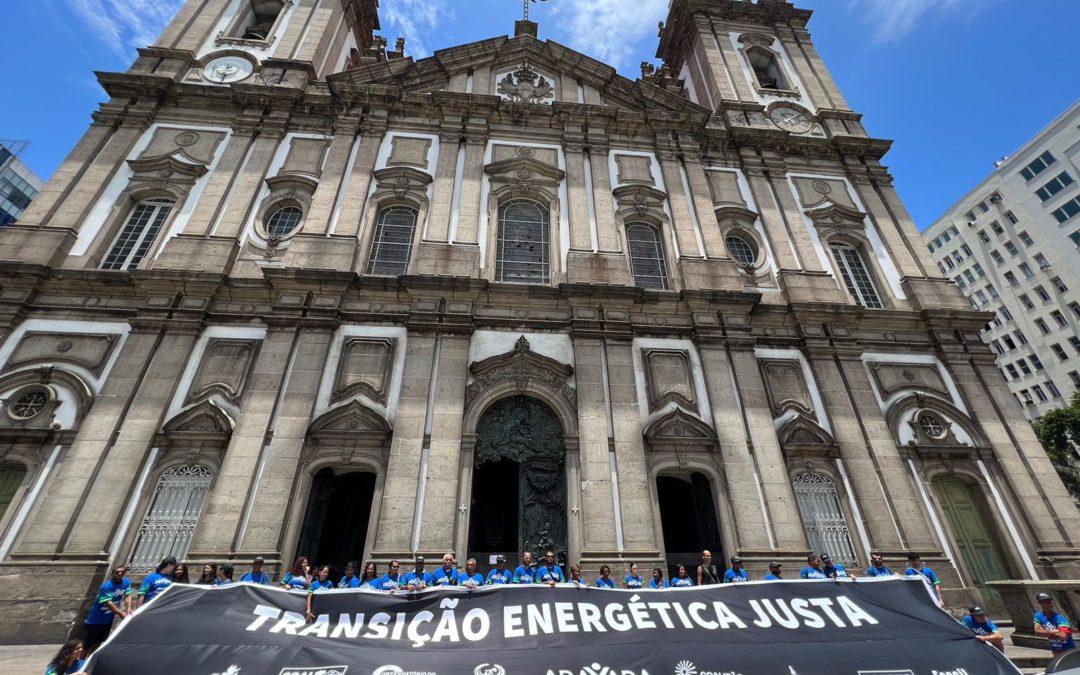 Civil society and representatives of traditional communities and artisanal fishermen in Rio de Janeiro, held a demonstration in the center of the capital of Rio de Janeiro, this Friday morning (12/16), to alert society to the urgency of consolidating policies for a just, inclusive and sustainable energy transition.

The mobilization, led by the ARAYARA International Institute, took place in parallel with the public session of the 1st Cycle of the Permanent Offer (Open Acreage) under the Production Sharing regime, promoted by the National Agency of Petroleum, Natural Gas and Biofuels (ANP).

Protesters gathered in front of the hotel where the auction was held, on the busy central strip of Avenida Presidente Vargas, and with protest banners and in defense of a fair energy transition, they drew the attention of drivers and pedestrians passing through the area.

Only four of the 11 exploration blocks offered were negotiated in the ANP auction: Água Marinha and Norte de Brava, in the Campos Basin, and Bumerangue and Sudoeste de Sagitário, in the Santos Basin.

“The failure of the auction is a sign of the energy transition, so demanded by civil society to protect the climate, biodiversity and communities that will not have their fishing areas harmed by this activity”, celebrated the technical director of the ARAYARA Institute and OPG – Oil and Gas Observatory, engineer Juliano Bueno de Araújo.

For the specialist in energy and climate, one of the reasons for the emptying of the auction was the ANP’s lack of criteria in offering unfeasible areas for exploration, due to technical restrictions, sensitive biodiversity and the environment. “We understand that this, combined with the legal uncertainty of the blocks under litigation, has scared off investors, who do not want to have their name associated with a possible disaster or irreparable socio-environmental and economic damage.” This was questioned by the Arayara journalist, Juliane Sousa, during the auction and, however, was not answered by the ANP, which claimed not to know the reasons for the companies’ lack of interest in most of the blocks offered. 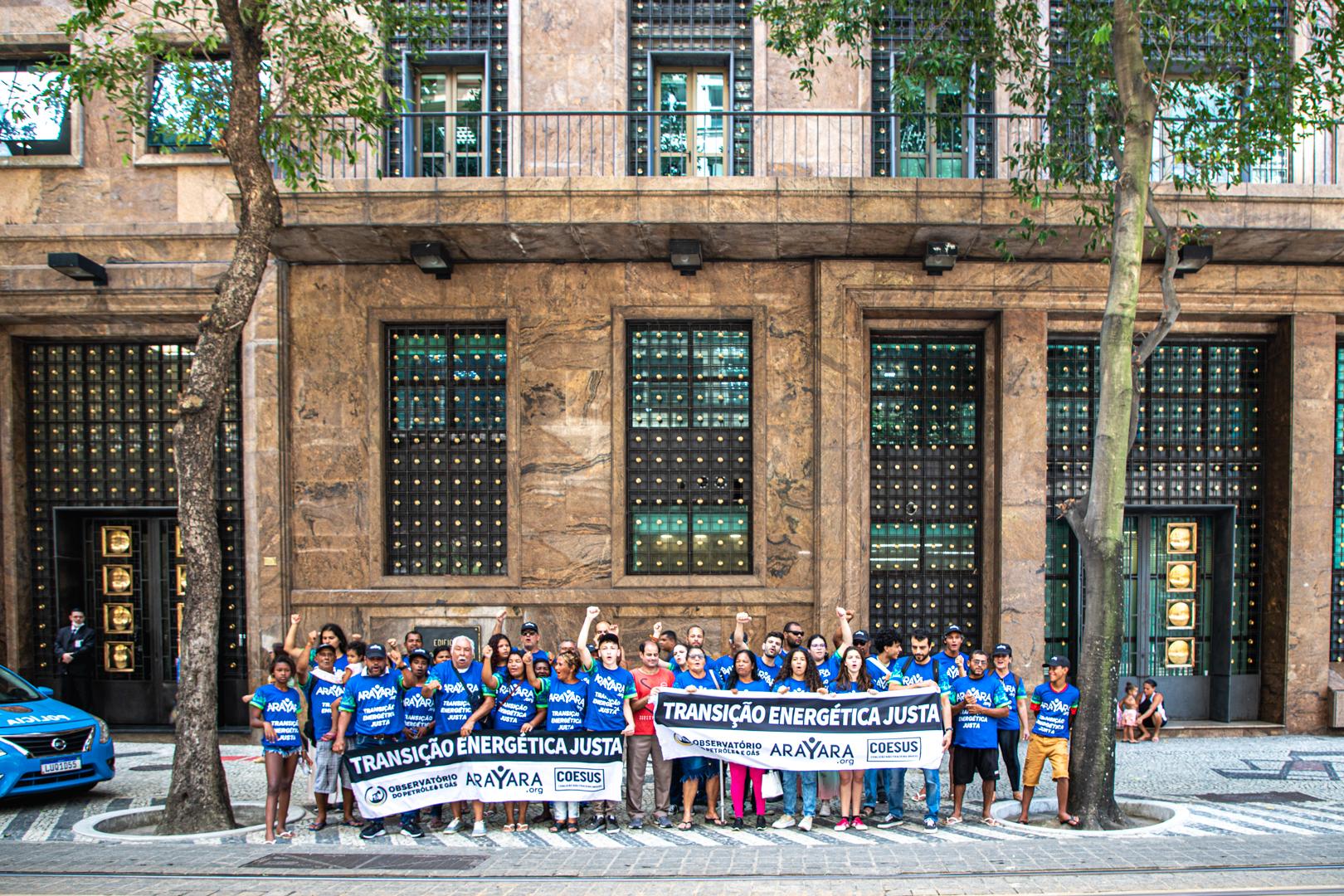 The ARAYARA Institute, Coalizão Energia Limpa, COESUS, Confem and Observatório do Clima, have been warning about the risks of expanding oil activity in these basins, which are already intensely explored, mainly due to the overlapping of new exploratory areas with important conservation zoning of sensitive environments or endangered species.

The organizations defend the exclusion of environmentally sensitive areas from the system of permanent supply of oil exploration and production blocks, as well as the carrying out of more careful socio-environmental and climate studies for the expansion of oil activity. In addition, ARAYARA, IEA-USP, LUPPA and Sindipetro-RJ propose the consolidation of a national policy for the Fair Energy Transition of Petroleum, which includes the creation of a fund to make this process viable and the application of royalties from the fossil industry in social programs aimed at affected communities and the fair energy transition.

“The future we want is one of a just energy transition, in which Brazil is no longer a hostage to oil and gas, and accelerates a robust program of green hydrogen, energy generation from biomass, wind and solar, the composition of a fleet , both vehicles and electrified trucks, so that we have a transition, based on time and deadlines, but meeting the NDCs and other global commitments for decarbonization”, defended Araújo.